I’ve met some amazing people in Chiang Rai. I’ve made friends that I will 100% keep for life. As a whole, I’ve been extremely happy here.

When I arrived I was in a relationship. Unfortunately that relationship didn’t work, as we both realised that our lives were going in separate directions. It was sad however I think we could both see it coming. It was easier to move on knowing it wasn’t a loss of love; instead the realisation that there was no future between us.

I then became involved with one of my friends I had made in Chiang Rai. It is not my story to tell so I shan’t go into detail, however certain issues surrounding addiction reared their ugly heads, which a couple of weeks ago resulted in a situation which meant I could no longer be around that person, and didn’t feel safe.

So with the school term coming to an end the week just gone, I took the opportunity to leave school and Chiang Rai, spending a month doing a bit of soul cleansing and solo backpacking; getting away from negative influences in my life.

I was meant to stay in Chiang Rai for the month of March, just signing in every morning at 7am and returning again to sign out in the afternoon. Such a pointless idea, however they were still going to pay us for that month. The recent developments revolving my love life, combined with this knowledge meant I jumped at the chance to swiftly be able to leave town.   I handed in my notice, sacrificed my pay, and worked my final week in Kindergarten.

Having this radical change was a shock to me, and I suddenly felt myself completely not ready and terrified about leaving my little kids. 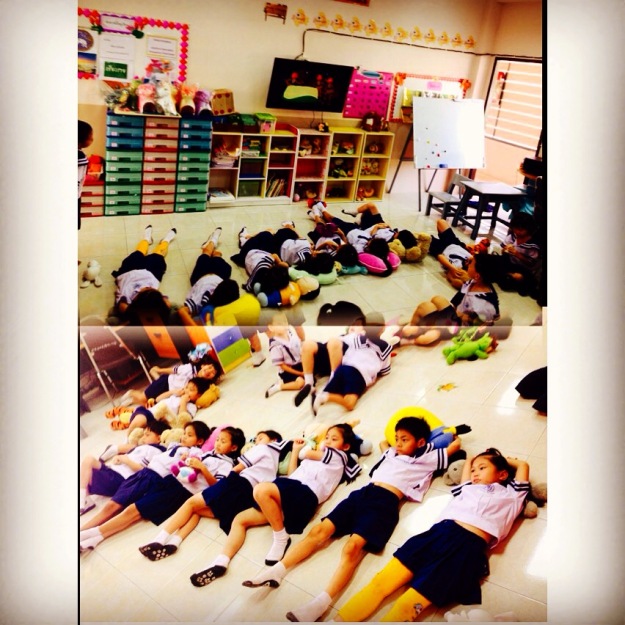 Maxing and Relaxing after a 3 hour Nap

I had to finish testing them all for the final exams in English, and then awarding them with appropriate grades etc. After this was done I was able to have some fun with them and just play silly games.

On Friday I went to The Big C (a large shop just outside of town) and bought the kids all sorts of sweets and fizzy drinks and other such naughty things so we could have a little party.

Fuelling them with sugar on a Friday afternoon, just before home time; I can guarantee the parents would not have been very impressed, but we had to celebrate. They all went nuts when they saw I’d got them cake, and all kinds of crisps and chocolate. A Series of Photos I call “My Spirit Animal”

So we sat on the floor and we watched cartoons and sang nursery rhymes until it was 4pm and time to go home. I gave each one a massive hug and inevitably broke down in tears, thinking what will come of all these amazing children I’ve spent the last few months with every day?

Yes teaching and living in Thailand has been very hard at times; having to make way for big differences in standards of teaching and general cultural rules. But for every time I woke up and thought about how I couldn’t be bothered to deal with the politics and the bitchieness that happens all too often between Thai staff, I would think of those little kids, and how amazing it is to every morning have them running up to me and hugging me in mass and getting shouted “I love you” at you on a daily basis. 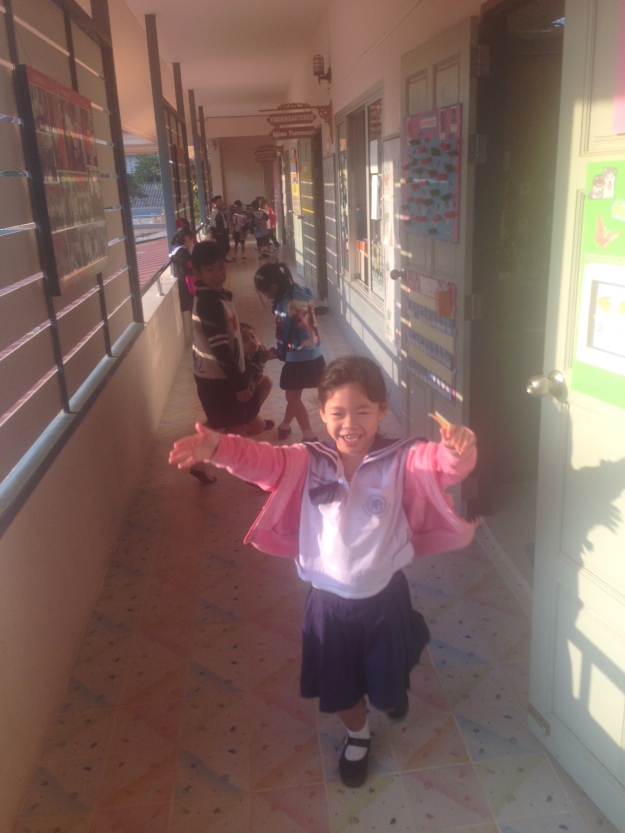 So with plenty of sobs and cuddles from the Thai and Filipino teachers, I took my backpack full of my current worldly possessions and headed off to the bus station to meet my friends for a last goodbye weekend in Chiang Mai. 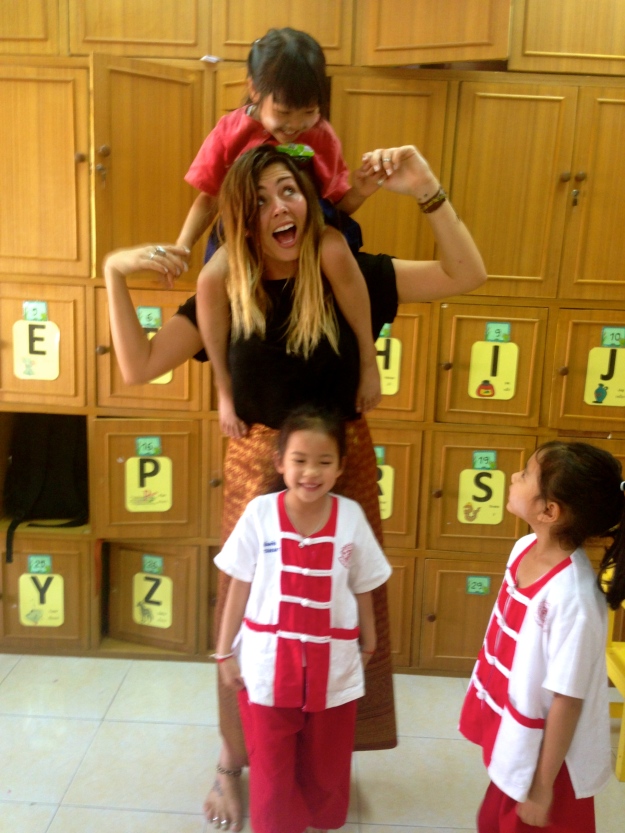 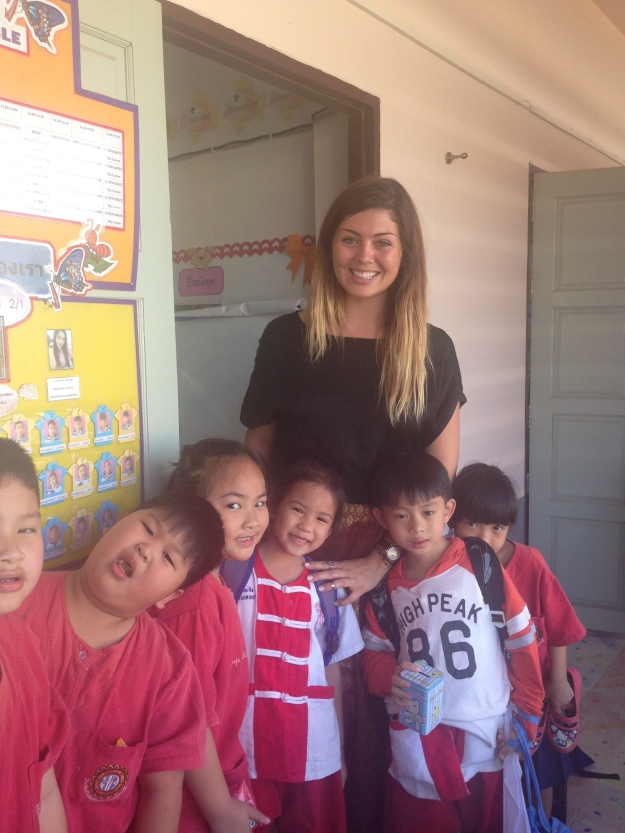 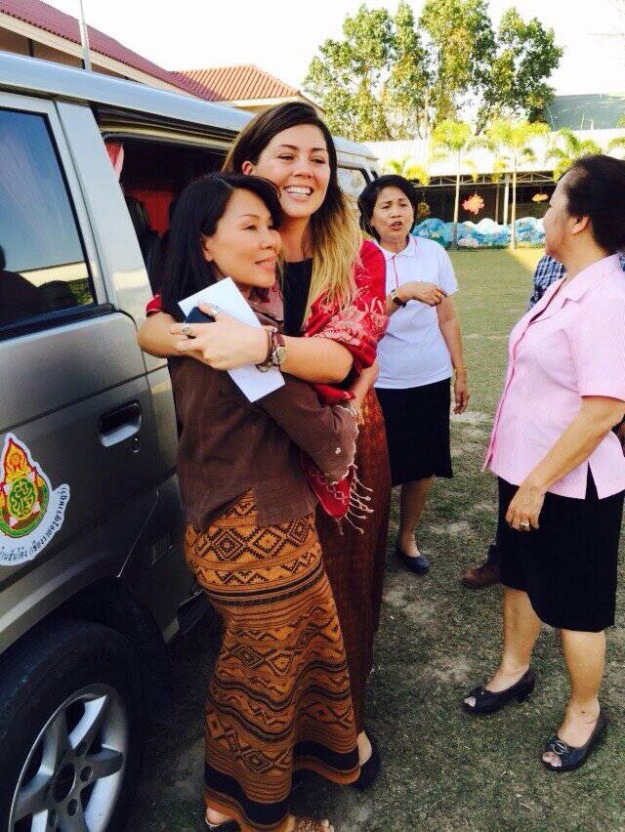 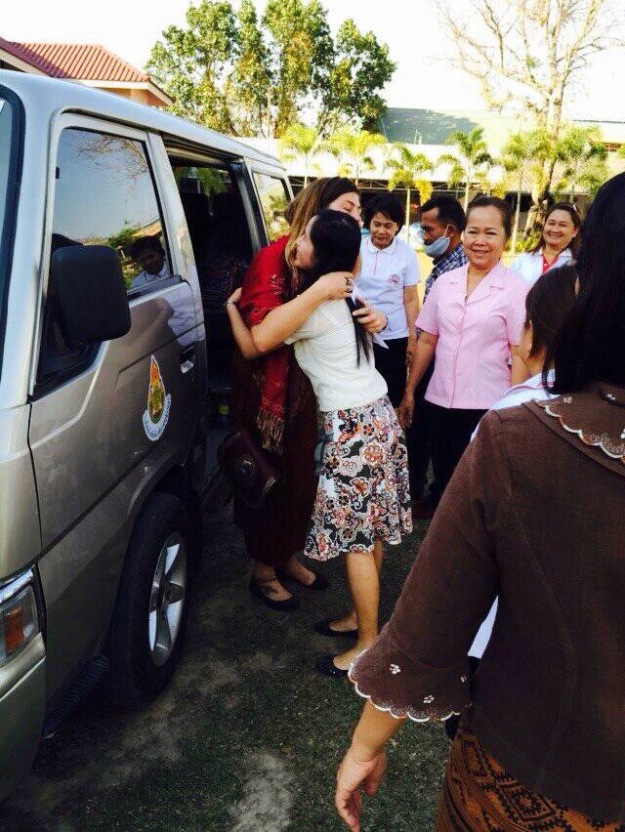 We spent the last two days together; myself, John James, Alice, Grant, Emma, Bethel, Felicita, Cailin, Molly, Hannah and Antonia, eating all the amazing food which wasn’t ever available up in Chiang Rai. (Seriously; try being a vegetarian in a country where they think vegetarian just means anything but pork. I’ve eaten noodle soup every day since November).

We all went for breakfast this morning at an amazing place called Good Morning Chiang Mai; where I had a croissant stuffed with scrambled egg and grated cheese; I’ve never been happier to eat something so basic.

When I returned from the toilet there was a notebook and some handmade organic soap on my seat. They’d all written me a personal message, which was just the loveliest thing ever. I feel so lucky to be so far from home yet have the most amazingly caring and wonderful souls surrounding me. There’s so much love in the world; it’s amazing to think all these random people all shoved into a situation side by side can form such strong and lasting bonds. It really touched me deeply.

After saying our goodbyes, I wandered off to the bus station. I was suddenly overwhelmed with this feeling of total freedom. I was on the road again. I know everyone back home sees my Facebook and thinks my life is just a big old holiday, but I have been working really hard, and living in a small town such as Chiang Rai, you are somewhat restricted when it comes to freedom.

In my head, I started singing Willie Nelson’s “On The Road Again”; feeling free and proud to have achieved what I have on this trip. I feel as though I have bettered myself in more ways than one. I’ve tried to take on principles surrounding positivity, and more feelings of self-love. However don’t get me wrong; I’m still filled with moments of self-doubt and anxiety; but I feel I’m slowly learning to recognise what you should prioritise in life to fill yourself with happiness, rather than negative doubt.   Very slowly. But its happening.

As well as these philosophical improvements, I’ve also given up meat since the beginning of December (my favourite meal would have to be an absolutely massive, juicy sirloin steak, and Saturday’s are known to me and my friends back home as “Bacon Sandwich Day”); and have given up a ten-year DISGUSTING habit of smoking. (Sorry Dad). Its weird how I’d inhale that crap on and off for a decade, and now when I am next to someone smoking it repulses me. You can smell the stench on them and it’s utterly vile. I know I won’t go back to that. I guess I’ve finally grown up.

As I write this, I’m sat in a circus school and resort, in the small town of Pai; situated in the Mae Hong Son Province of Thailand. It’s renowned for being a hippy town, and although I’ve yet to explore, I can certainly say it’s living up to that. I’m sat with a Chang beer, whilst surrounded by dreadlocked travellers, practising fire juggling and tightrope walking. I know I won’t get dreads but am quite interested in juggling with fire to be honest.

I finally feel free and at peace. I’ve got no one negative around me; I look around to mountains, forests and fire pits. 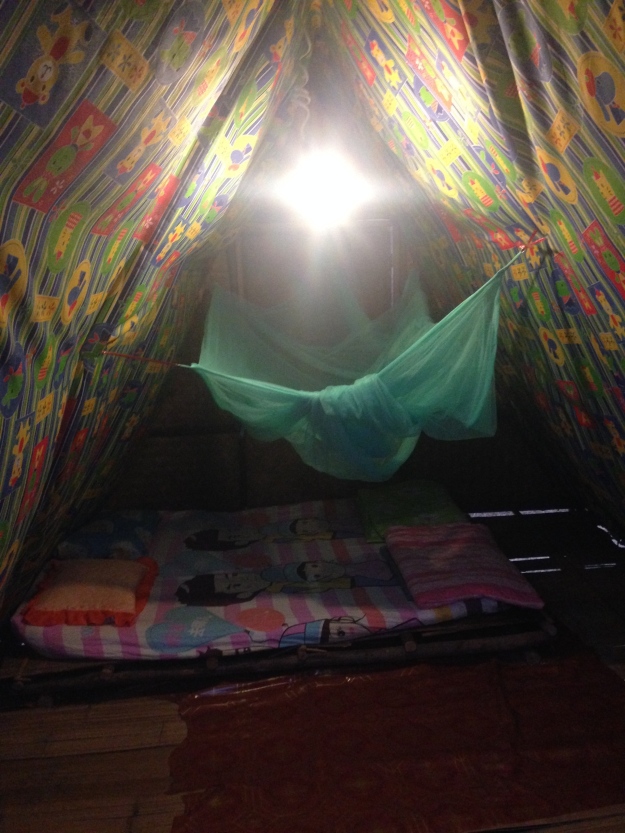 The accommodation is basic. I’m staying in a triangular hut, with holes in the floor and the roof. I’m living in fear that a snake will rear its head through the gap in the bamboo floorboards. Yet I’m insanely happy. 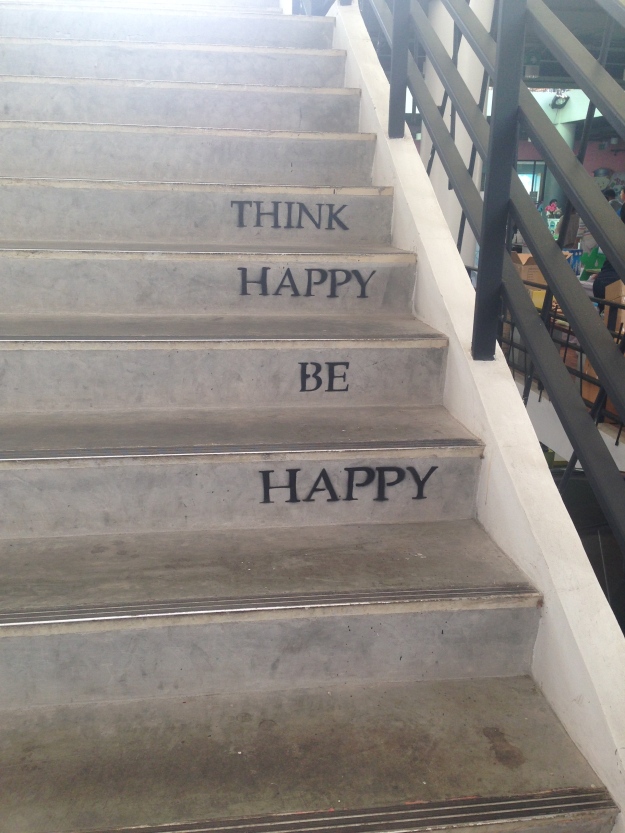